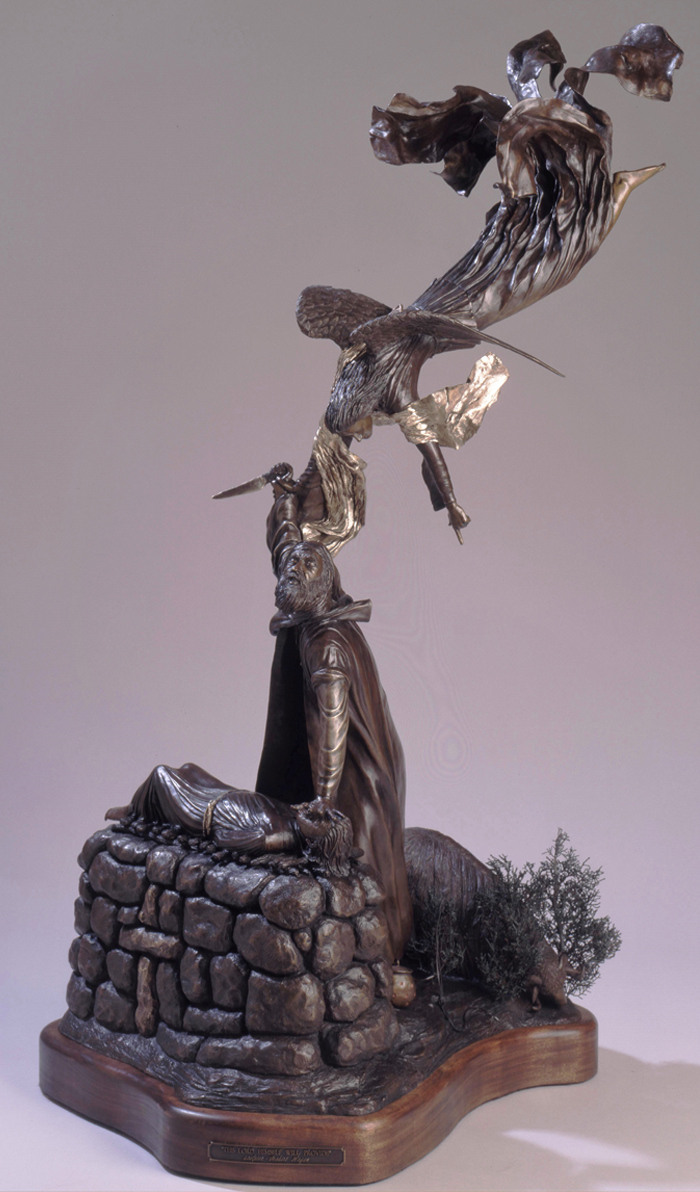 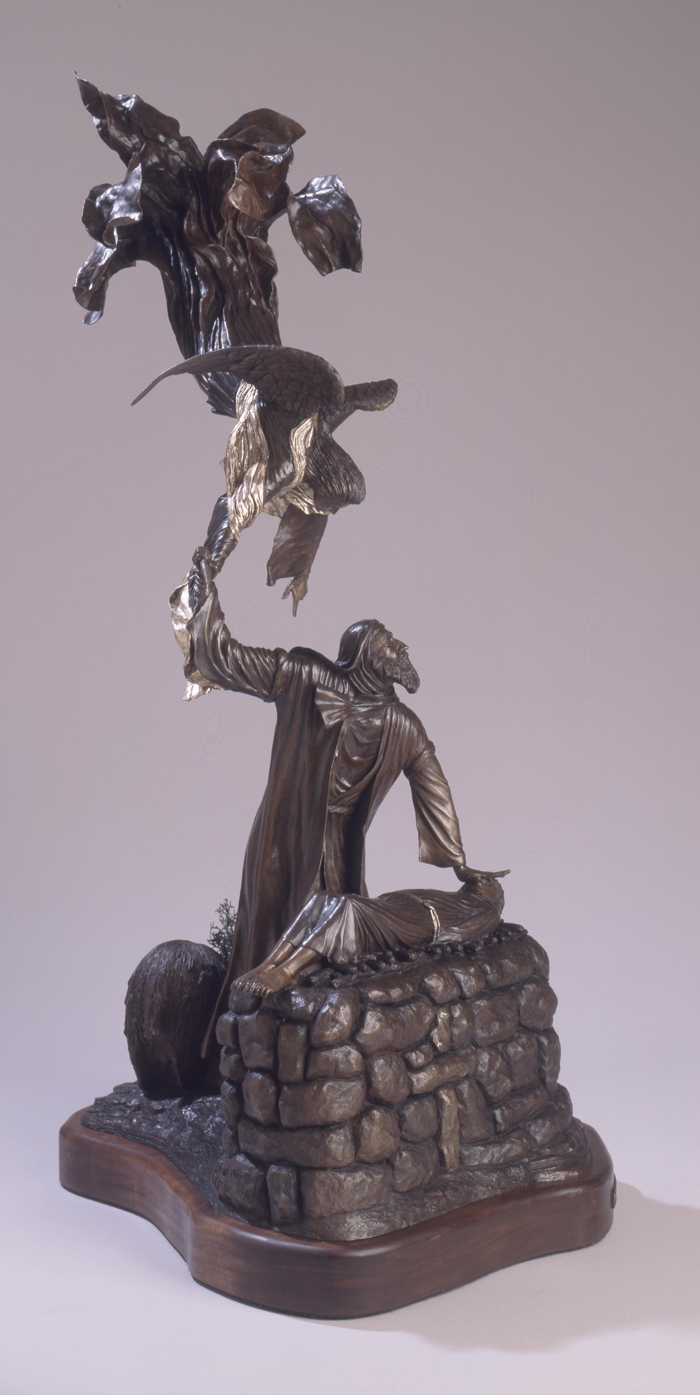 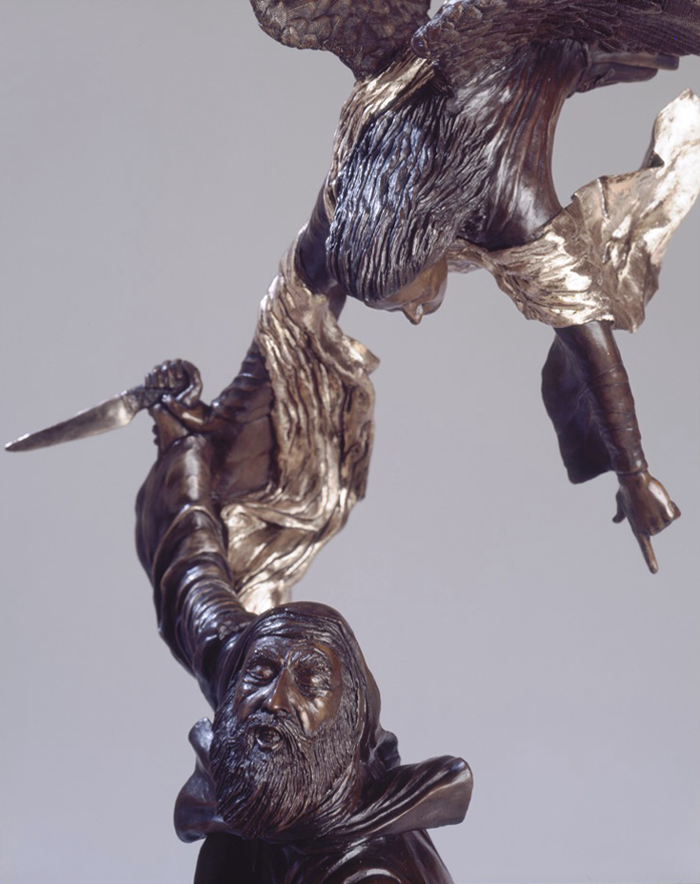 The Lord Himself Will Provide

This sculpture portrays not only the faithfulness of God to provide, but also the mighty faith of Abraham. And not to be overlooked…the obedience of Isaac. The fire bucket was carried by Abraham. The firewood was carried by Isaac. No doubt the altar was built by both.

Can you imagine the conversation they must have had? Isaac knew if a sacrifice was to be made there has to be a lamb involved. So during this conversation, Abraham had to convey to Isaac that God intended for him, Isaac to be the sacrifice; thus, the obedience of Isaac.

Don’t miss the ram or lamb caught in the bush behind Abraham pointed to by the angel. This isn’t just any lamb, this is the lamb provided by God that would be sacrificed in the place of Isaac; THE LORD PROVIDED…ISAAC LIVED.

This is God foretelling what would happen years later when He would provide yet another Lamb, His only son. He was given up as the sacrifice, once and for all. No more animal sacrifices are needed; just believe by faith in the greatest gift ever given to mankind. He was nailed to a cross but three days later the tomb where he was buried was empty, just as He had predicted, even though it was being guarded twenty-four seven.

The fulfillment of God’s foretelling is portrayed here by the cross which can be found in front of the alter being formed by the stones.